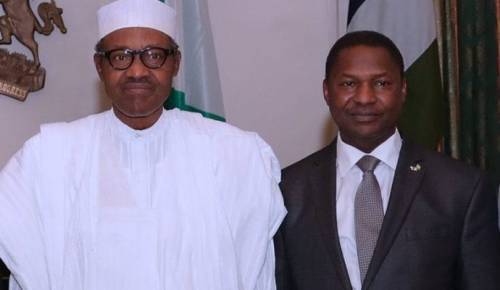 The Attorney General of the Federation and Justice Minister, Abubakar Malami, SAN is gravely pushing Nigeria into the regional and international abyss of mockery and charlatanism with far-reaching consequences on the country’s socio-economic development, regional and international human rights, rule of law and democracy ratings and trade and investment policies including foreign direct investments (FDI). Intersociety hereby strongly condemns the Nigerian Government’s total disregard and disobedience to the landmark judgment of the Abuja Division of the Court of Appeal quashing the entire criminal trial of Mazi Nnamdi Kanu, a frontline Self Determination Agitator and Leader of the Indigenous People of Biafra. The Nigerian Government’s disregard and disobedience to the unanimous verdict of the three Justices of the Court of Appeal were expressly contained in a press release from the Office of the Attorney General of the Federation. The arrogation of the ‘interpretative power” by the Attorney General including “what to obey and what not to obey” in the landmark judgment is also tyrannical, vexatious and democratically calamitous.

It must be clearly and strongly stated that the only option available to Nigeria’s Attorney General as the Law Officer of Nigeria is to fully consent to the landmark judgment or go on appeal within the stipulated timeframe. Consenting or not consenting to the landmark judgment is however immaterial to the order of the three Justices-led Court of Appeal: RELEASE NNAMDI KANU from protracted DSS dungeon!!! Should the Nigerian Government decides to head to the Supreme Court in the exercise of its right under the country’s body of laws, then Nnamdi Kanu must, first of all, be set free-with the worst case scenario being to place him in a civil liberties-compliant movement surveillance if in the sincere opinion of the Nigerian State, granting him total freedom of movement, expression and association will be injurious to the pendency of the apex appeal (if any) and its final determination.

It is an informed and lettered understanding of Intersociety that the grand summary of the landmark judgment of the Court of Appeal is that “something can never come from nothing”. Once it is judicially established that a trial Court has erred in law by assuming jurisdiction in a case where its jurisdiction ought not to have been assumed, all the efforts of the Court become nullity.  Intersociety has severally cautioned the present Federal Government against its indiscriminate resort to short-cuts, jungle justice and prosecutorial vindictiveness and had also reminded the Government that “a criminal is not a criminal until he or she is diligently and procedurally processed and subjected to unbiased suspicion, investigation, lawful arrest and detention; fair trial and fair hearing and sentencing and conviction”.

But in the contrary under the present Federal Government, impunity and lawlessness fueled by ethnic profiling and hatred such as in the instant case, have reigned and continued to reign supreme with utter alacrity; to the extent of being its Criminal Justice policy direction. The three-man Appellate Panel have in the instant case correctly and fundamentally faulted the process (unlawful rendition or extradition) initiated by the Nigerian Government upon which it’s preferring criminal charges against Nnamdi Kanu and his subsequent snail pace prosecution was relied upon. It is also surprising that the Attorney General had chosen to arbitrarily disobey the landmark judgment even when the same Federal Government was duly part of the entire Court process including being THE ACCUSING AUTHORITY.

Therefore, with the latest landmark judgment, the role of the trial Court of first instance (Justice Binta Nyako-led Abuja Federal High Court) is permanently put on hold pending the determination of the Apex appeal at the Supreme Court (if any). The AGF is constitutionally mandated by Section 287 (2) of Nigeria’s 1999 Constitution to comply and enforce the landmark judgment to the letter and he must not act like an outlaw.

Signed: For International Society for Civil Liberties and Rule of Law (Intersociety)