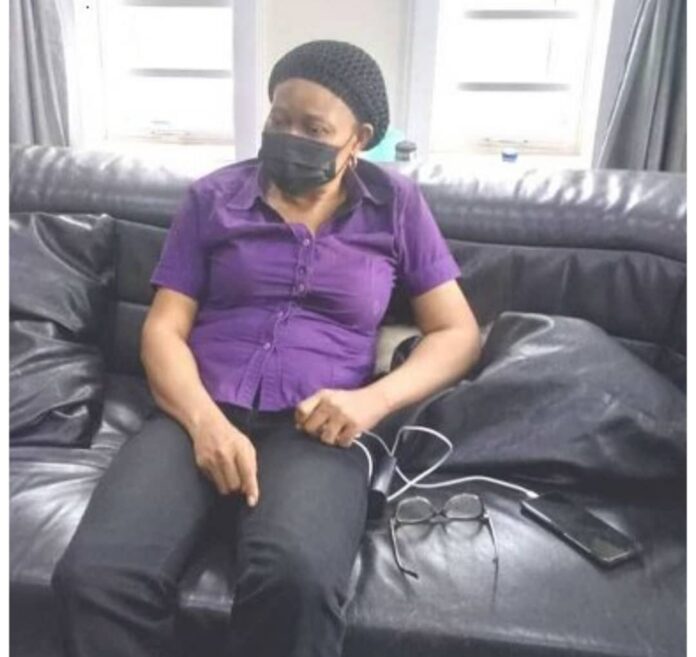 Dr. Joe Okei-Odumakin, The wife of late Afenifere spokesman, Comrade Yinka Odumakin, has made further clarifications on the time of death of her husband, Njenje Media News has reported.

Okei-Odumakin in another tribute to her late husband in Lagos on Tuesday said it was imperative to immediately put the record straight in the spirit of truth that Odumakin stood for.

The tribute entitled: “Yinka: Basking in the shadow that you cast” had the rights activist stressing that due to the principles of truth and saying it as it is, of which her late husband lived for all his adult life, it was important to immediately put the record straight.

“The medics said his oxygen level was running low but my husband was reaching out for his tab to type out his column.

“Since no one is permitted in the Critical Care Unit, we had committed you to the care of the best-qualified medics at LASUTH and the hand of God, hoping to see you next morning.

“The medics said they could not fathom how to immediately relay the message of your passage to me directly,” she explained.

Recounting some of the deceased’s times while he was alive, Okei-Odumakin said her husband was never frugal in spending that “oxygen on his Yoruba earth, his beloved and his Nigeria, his truly beloved”.

She said that if breath was the currency of life and its legal tender, then her husband spent his breath on causes.

“My memories are rousing through chains of pains; a sea surge of a romance which sprouted in General Sani Abacha’s detention.

“My husband was not a criminal, neither was I.

“ Our ‘crime’ was standing strong for others as we always have been. We will return to the dingy detention cell in our reminiscences later,” she said.

Recalling, she questioned: “Who meets and marries from detention at Alagbon? Only Yinka would ask, and only I would say, YES.

“We were introduced to each other by the most qualified, the most preeminent, and the most decorated of inmates, Chief Gani Fawehinmi (SAN).

“Chief said: Yinka, she’s a man’. Yinka married both the man and the woman in me.

“It was our truest solemnization of activist matrimony by a revered High Priest of the struggle…with the trench as our altar and the good of our people as our ultimate goal.

“Yinka, it cannot be goodbye; it is goodnight, and see you later on the other side with God.

“I will bask with reckless abandon in the shadow of your cast. You came, you saw and you conquered,” she eulogized.

Okei-Odumakin emphasized that she would carry forward the baton in the eternal word of their “leader’’.

According to her, Nigeria will be saved.

“Nigeria will be changed and it will become a great nation.

“Nigeria will work in my lifetime and even in yours as you live on in me, our children and generation yet unborn,’’ the rights activist affirmed.