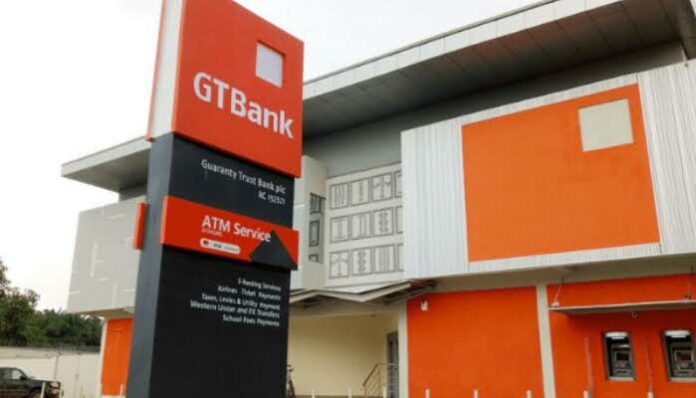 Ikani Told FIJ that he visited the bank several times and wrote to them after the incident, but nothing positive came forth despite his efforts.

The health worker said that the fraudulent activity that took place on his account happened six days after he requested a new ATM card.

He said that on August 7, he received a call from an unknown number and the speaker sounded like an automated voice reading out a set of numbers.

“Confused at the voice message, I quickly hung up the call, only to see a series of alerts, about eleven of them, to the tune of N1,650,000, from my GT Bank account,” Ikani told FIJ.

He stated that he was surprised to see that SportyBet was the recipient of the unauthorised transaction on his account.
Ikani said immediately after the series of debit alerts, he contacted his account officer, who promised to restrict his account and escalate the issue.

“I searched the internet for the Sportybet customer care contact and registered my complaint. The first representative I spoke with asked me to report the case to GT Bank so they could liaise with them to resolve the dispute because they could not oblige me as an individual,” Ikani said.

“The second customer care representative was a bit more considerate. She told me that the funds had been further transferred to a Palmpay account, which she read out to me.”

The following morning, after the incident happened, Ikani approached a GT Bank branch along Calabar road to make a formal complaint in a letter, which he addressed to the branch manager. This, he said, was in addition to an email he had earlier sent, which the bank acknowledged.

Ikani said that some days later, after he visited the bank, they replied via email that the transaction was consummated using his primary card details and, as such, the bank could not agree to refund his money.

Upon further inquiry, GT Bank asked him to fill out a card dispute form for the fraud team to review the transactions, he said.

“GT Bank would later mail the outcome of the card dispute investigation to say the funds were further transferred to three accounts, each belonging to either Palmpay, Polaris or Zenith Bank,” he said.

He said that among the accounts listed in their report, the only account that belonged to him was the Zenith Bank account.

“I noticed two things in their report that remained unclear. What is the name of the beneficiary account where the funds were initially transferred to?” He asked.

“Secondly, how is it that the Palmpay account number initially mentioned by the Sportybet customer service representative was not reflected in their report because the transfer details on their report did not capture the entire transfer of N1,650,000.”

FIJ emailed GT Bank on the issue, but they replied with an automated response, asking this reporter to call them. However, the bank’s phone number was not available at press time.