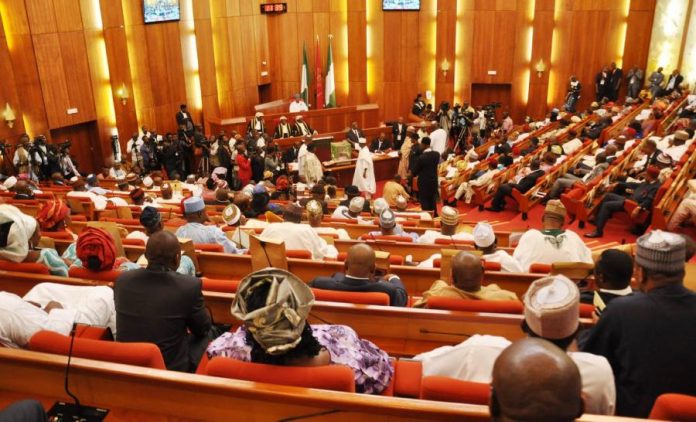 The National Assembly Joint Committee on INEC has recommended to the Independent National Electoral Commission (INEC) the right for underage girls who are married to vote, Njenje Media News reports.

The joint panel of the Senate and House of Representatives made the recommendation to a committee that would work on the new modalities for the proposed electoral act as the current constitution allows only those above 18 to be eligible to vote.

Njenje Media News recalls that this came after two weeks when some stakeholders made similar recommendation.
The Chairman of the Senate Committee on INEC, Kabiru Gaya at the inauguration of the technical committee asserted that the joint panel recommendation was unanimous.

In the words of Kabiru Gaya;

“The joint committee has proposed that if a lady who is not up to 18 years is married, she should be considered to be mature enough and be eligible to vote.”

Professor Mahmood Yakubu, the INEC Chairman had said the voting age issue is a constitutional matter and maintains that the law only allows 18 years and above ss marriageable age but the Chairperson, House of Representatives Committee on INEC insisted that since the recommendation was suggested by stakeholders at the public hearing, it can not be thrown out.

In the words of Aisha Dukku;

“It is already in the electoral act amendments submitted in the last assembly, so it cannot be thrown away just like that.

“We should look at it and come up with something instead of throwing it away. It is not from us but from the stakeholders on the day of the public hearing held in the 8th assembly.”