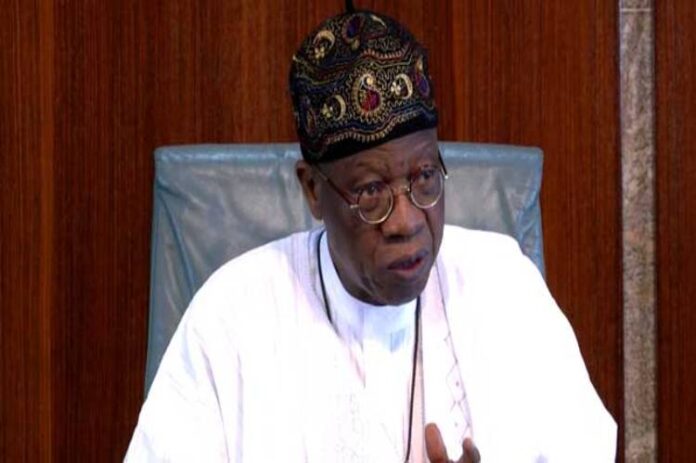 Minister of Information and Culture,  Lai Mohammed, while addressing State House Correspondents after the week’s Federal Executive Council (FEC), held at the Presidential Villa, Abuja, insisted that the microblogging platform was suspended because it provided an avenue for people that are threatening the corporate existence of Nigeria.

He, however, said the federal government had directed that all OTT service providers that wish to continue operating in Nigeria be registered as Nigerian companies.

He also disclosed that investigations had revealed that the Founder of Twitter, Jack Dorsey, was one of those who funded the #ENDSARS protest in Nigeria in 2020.

Asked to react to the rejection of the ban on Twitter by the Minority Caucus of the House of Representatives, the Minister said they were entitled to their opinion.

He said freedom of speech has not been stifled by the suspension of Twitter as he maintained that Nigerians can still use other platforms such as Facebook and Instagram.

He also denied that the suspension is not effective arguing that Twitter is losing money as a result of the action.

10 Things The Northern Governor’s Forum Should Do To Create 20m...