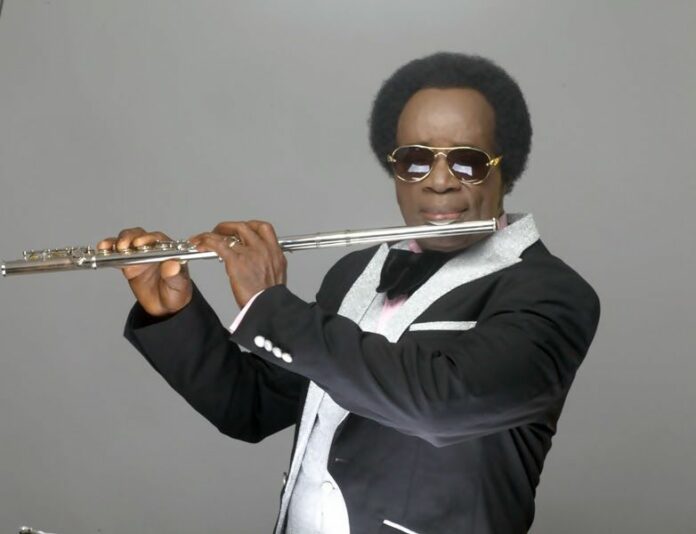 Members of the family of late Sir Prof Victor Uwaifo have distanced themselves from a purported one-year anniversary celebration to mark the passage of the musical maestro.

Addressing reporters in Benin, Uwaifo’s son, Mr Goodman Uwaifo, said the attention of the family members has been drawn to ongoing arrangements by one Chris Osaretin Eburu who was their late father’s manager to organize a one-year anniversary ceremony for the late musical icon.

He said the said manager has been going about canvassing and asking those who care to listen to donate towards the anniversary celebration.

Mr Uwaifo said Eburu did not consult with the members of the family before taking a decision to organize an event to mark the one-year anniversary of their late father.

Mr Uwaifo disclosed that their late father’s manager is currently battling a legal suit of forgery instituted against him in court by the members of the family.

Also speaking, the first child and daughter of Sir Uwaifo, Mrs Reden Oghomwen, while reiterating the words of her younger brother on the issue of the forgery case, alleged that the manager has altered her late father’s will and brought witnesses to testify in court.

She said, her late father, while alive, did not have those whose signatures appeared on his will as friends.

“The witnesses are not the kind of persons my late father would associate with.
“My father cannot have an unmarried woman sign his will,” she said.

Mrs Reden said her father was a hardworking man and that she will not fold her hands and watch another man rip them off of their father’s inheritance.
“My father was a very hard-working man till he died and I will not allow anybody to reap what he has laboured for. “I am fighting for my father’s legacy,” she said.

The Okaegbe for the burial of late Uwaifo, Mr Udinyiwe Obaretin, accused the manager (Eburu) of fomenting crisis within the family.

He said it was the same manager that drew the burial plan for Uwaifo without the consent of the senior son and other members of the family and he was vehemently rebuked until the family later fixed the date for his (Uwaifo’s) burial rites.

On the issue of celebrating late Victor Uwaifo’s anniversary, he said the Revelation Palaza Tourist centre owned by the late Uwaifo, is an association and that an association does not need the approval of the children of Uwaifo before it could carry out any anniversary ceremony for its late member.