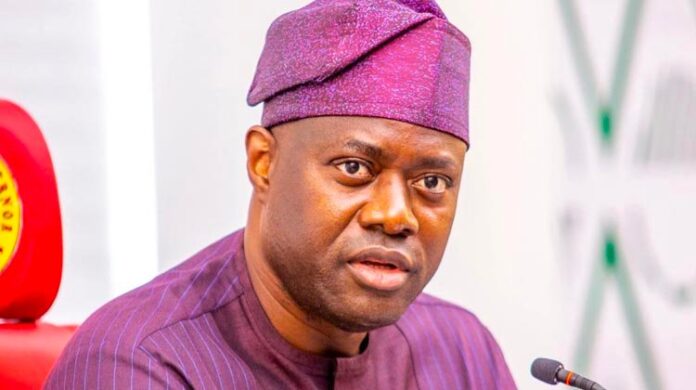 Politics is like weather, a passion, in fact, a smoke that can disappear before you know ! Such is the case of our governor Seyi Makinde a man who believes he knows more than anybody. Not to hyperbole, he has played a stubborn fly and must be ready to go to ground with the corpse. Yes for playing God he’s got to pay the maximum price for his daunting behaviour ! To be honest, I struggle to understand his type of politics that’s so ignorant of the Oyo people who can jump gun, even with or without Obi threatening the brimstone and fire politics. His lack of understanding of Oyo politics and penchant for contempt will surely do him in when its time to choose another man to occupy Agodi house in 2023. Not to waste space and time, let me share some points.

First, no governor has ever won a re-election in the state, except Gov Ajimobi, and how he manoeuvred himself to be so favoured is another thing, but later he paid the supreme price losing his sentorial bid as the incumbent governor.History you see, is crude naked, as it could be a hotchpotch- blowing hot sometimes, and going cold atimes.

Second, Late Bola Ige’s second election in 1983, was lost despite being one of our best governors at the time.
Third, Late Lamidi Adesina popularly known as Lam Ade equally lost in the process. One might just need to ask why, its due who the Oyo people are, you don’t mess around or try to be smarter with them !
In Makinde’s calculation he has the best of tenure in term of sustainable governance, but it’s all full of legacy of lies, scorn making, self adoration and without crisis-crossing with an independent mind.

He is behaving a person who knows everything- a star boy, and possibly, to fall on political land mines already laid by the opposition in the state.