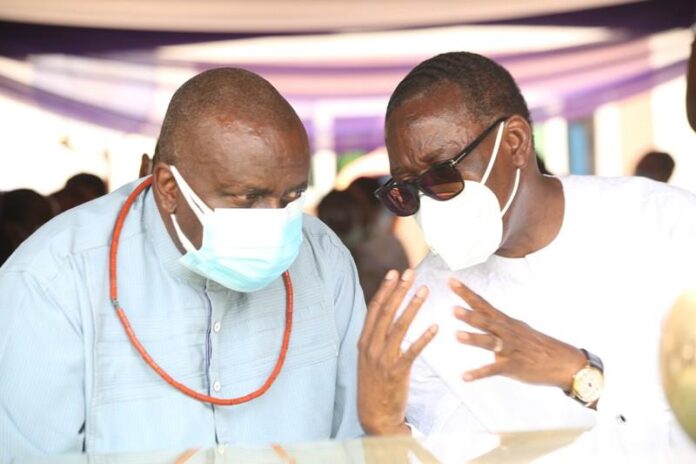 Governor of  Delta State and Leader of the Peoples Democratic Party, PDP, in the state, Senator Ifeanyi Okowa, has told his former boss and ex-governor, Chief James Ibori,  the reasons he would not support his preferred candidate for the party’s 2023 governorship ticket.

A party leader from Delta Central senatorial district told Vanguard that Okowa traveled to Lagos to explain his position on the nominee to Ibori, months ago. National Chairman of the PDP, Senator Iyorchia Ayu, following a complaint by Ibori, last month, reportedly counseled Okowa to listen to Ibori’s suggestions on how to move the party forward but not necessarily to take orders from the former governor.

Ibori and Okowa had met after the national chairman’s directive but there was no confirmation that they had reconciled their differences on the governor’s successor. Though the governor was understood to be making effort to reconvene a fresh meeting to enable him, Ibori, and possibly, his predecessor, Dr. Emmanuel Uduaghan, to reappraise their positions before the primaries, there is no indication that he has changed his stance on Ibori’s candidate.

However, Okowa is known to have guaranteed governorship aspirants and stakeholders that under his watch, the party would hold a free and fair 2023 primaries and has made no pronouncement on his own preference.

It was reported yesterday that Senator Ayu and some governors of the party would visit the state today, nevertheless, triggered social media speculation that there was the crisis in the state and the national chairman is at the head of the delegation to settle the rift between Okowa and Ibori.

An informed source said: “There is absolutely no crisis in Delta PDP. The governor has guaranteed free and fair primaries. They, National Chairman, Senator Ayu, and others are coming for Mr. Ndudi Elumelu’s empowerment program for his constituents. “They will, as protocol demands, be hosted by the governor.

The governor as of today has not told anybody that he is supporting any governorship aspirant and at our last stakeholders’ meeting at Asaba, he warned that people should stop using his name to deceive delegates.“Like any other leader and member of the party, do not forget that he has his constitutional rights to support any aspirant of his choice, which he will do on the day of the primaries.”