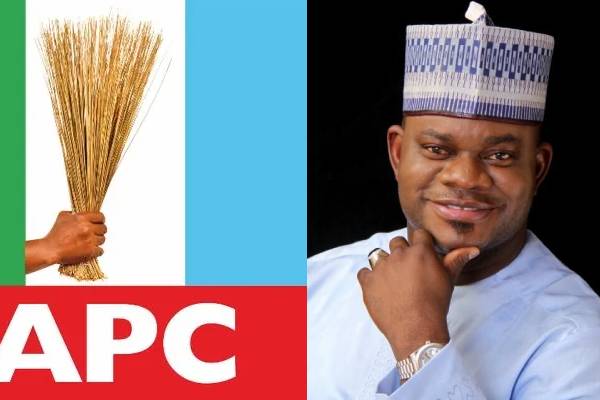 Kogi State Governor, Yahaya Bello, has said that the All Progressives Congress will poll over 41 million votes in the 2023 general elections if a generally accepted candidate should emerge at the party’s primary.

The Governor also emphasised that the emergence of Senator Abdullahi Adamu from the North Central Geo-political zone of the country would not impede his decision to jostle for the presidential ticket of the party, noting that party administration was different from governance.

He stressed that the APC as a party, as currently constituted, would not zone anyone out of the presidential race.

Governor Bello said this during an interview with the Sunrise Daily crew on Channels Television on Monday.

According to him, the type of leader the nation requires at this time is a competent, committed, young and vibrant individual, who will turn the tides of the nation, irrespective of his or her region, build bridges across ethnic, religious lines, while ensuring the inclusion of youths, women and people with disability in governance.

While answering questions on the recently concluded convention of the ruling party, the Governor noted that the emergence of Senator Abdullahi Adamu was the choice of the party.

He said the party went for an experienced party leader to manage its affairs, noting that the period it took to organise the convention was worth the wait.

“The new party leader and the National Working Committee have great experience to lead the party into a strong and cohesive entity. The option of consensus in selecting the majority of the party leaders was clearly in line with legal standing although positions where there was no agreed consensus, contestants went through the polls,” the Kogi Governor said.

He assured that in the forthcoming primaries, the party would go through a democratic process that would be accepted generally by all stakeholders, adding that he was not afraid of any mode chosen by the party.

Governor Bello, while fielding questions on women’s inclusion in governance, revealed that he would not require legislative backing to include women in government, stressing that Kogi State, under his leadership, had performed tremendously well.

“This is why women across the nation have been calling on me to run for president, considering the robust track record of giving women high-level inclusion in my administration,” he noted.