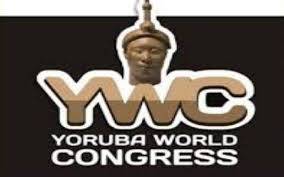 A Proud Scion of Oduduwa

It’s patently stupid to tell me the dangers of returning to what has been my ancestral home since the Yoruba emerged as a linguistic group at the Tower of Babel under God.

I came into the Nigerian contraption by the selfish design of British merchants and mercenaries. I’m in Nigeria not of my own volition. My forebears had established cities and towns and government systems before Mungo Park became a tourist on the banks of Odo Oya (River Niger).

I would’ve had no issues with managing to live within the contraption, but to persist in an effort to manage the inferior status a barbaric group up north that discount human lives and live off other’s sweat consign me to, while other sections of the world march on to modernity from strength to strength, and I’m forced to regress from stagnation to antiquity under mad slave-drivers in the name of one Nigeria is, I must tell you, a fate worse than death.

I have no business being in Nigeria if this present state of subservience and inferior partnership with a visionless, stone age- oriented and predatory Hausa-Fulani will continue to be my lot.

We ask them to restructure, they say no. Then, I must take my leave! The late Gen. Mamman Vatsa, one of the northern gems they wasted, said: “A lean liberty is better than fat slavery”.

The clamour for Oodua Republic isn’t just my business. It’s a movement among Yoruba, home and abroad. They’re prepared for a long struggle. Nelson Mandela wrote “A Long Walk to Freedom”. We are ready for the long walk because, at the end, freedom is sweet!

What we are being subjected to in Nigeria is internal colonialism. Only yesterday, a whole stream of topnotch promotions was announced in the Nigerian Customs Service and not a single southerner was there, unlike the police promotions of 13 AIGs that included at least one from Edo state. Good Lord, thank you for little mercies!

Those who dream and breathe one Nigeria can continue to live in their cuckoo dreamland. We are spiteful of them because they have no answer to our just demand for an equitable and just federation. Our cause is just and the God of justice who didn’t create any man to be enslaved or gagged by another, is on our side.

The American Declaration of Independence, after breaking off the yoke of British enslavement on July 4, 1776, reads: “We hold these truths to be self-evident, that all men are created equal, and are endowed by their Creator with certain inalienable rights, among which are life, liberty , and the pursuit of happiness “.

Thomas Hobbes, the famous social contract theorist, said: “Man was born free, but everywhere he is in chains”. Men broke off the chains of slavery even when all the odds were against them. The Yoruba are better positioned to break off the yoke of the ungainly, ungrateful, and unfriendly Hausa-Fulani stone-age colonisers.

It’s a monumental insult for the Yoruba to be in a country where the Hausa-Fulani would patronisingly tell them to conduct themselves like good slaves if they want to produce the president in 2023. Shege!

They never conquered us. The carcasses of their jihadists who attempted to are still nourishing the soil of Osogbo. It was the goddamned British who brought us into an enslaving Southern Protectorate and, later, Nigeria as we have it now in 1914, by a combination of humongous subtlety and minimal force. How dare you then think of enslaving them in the 21st century?!

The end game is here. Your kingdom will break up since you are too proud and foolishly confident to seek dialogue for a mutually beneficial country. Let those who are too fearful to warn you continue to blame the freedom agitation on us. They don’t count! They’re just good slaves.

The Middle Belt has left ACF, the Niger Deltans have said they’re ready to go too. The children of those who fought hitherto for Biafra are already laying down their precious lives so they can breathe the air of freedom. Then you would have Boko Haram to contend with without our lives and money to buy arms. Good luck to you and your folly!

Oodua Republic is an epiphany – a sudden realisation that our experiment in 2015 to see what it would be like to team up with the Hausa-Fulani towards building a Nigerian nation was a mistake.