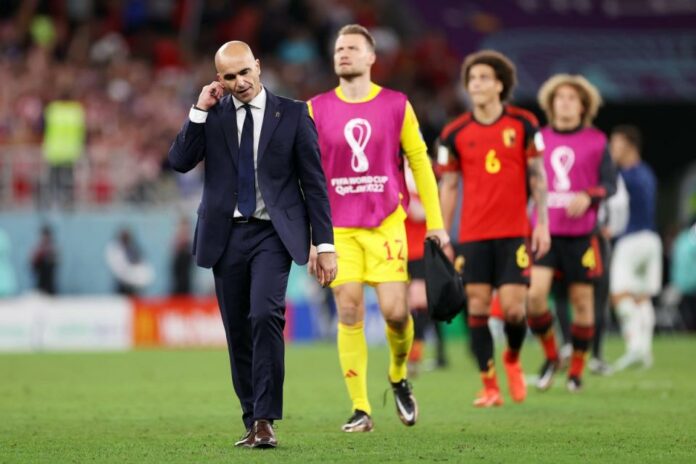 The Spaniard made the announcement in the aftermath of the Red Devils crashing out of the FIFA World Cup at the group stage on Thursday, following a 0-0 draw against Croatia.

“That was my last game,” Martinez said. “It was emotional as you can imagine.”

The No. 2-ranked team in the world, Belgium finished third in Group F with a win, loss and draw.

Martinez led the Red Devils to a third-place performance at the 2018 World Cup in Russia, but then failed to advance deep into Euro 2020, falling to eventual champions Italy.

Taking the reins of the team after Euro 2016, Martinez finishes his tenure with a record of 56-13-11, setting the mark for most wins by a Belgium manager in a single spell.

Prior to coaching Belgium, Martinez served as boss with Swansea City, Wigan Athletic and Everton, leading Wigan to a surprise FA Cup in 2013.