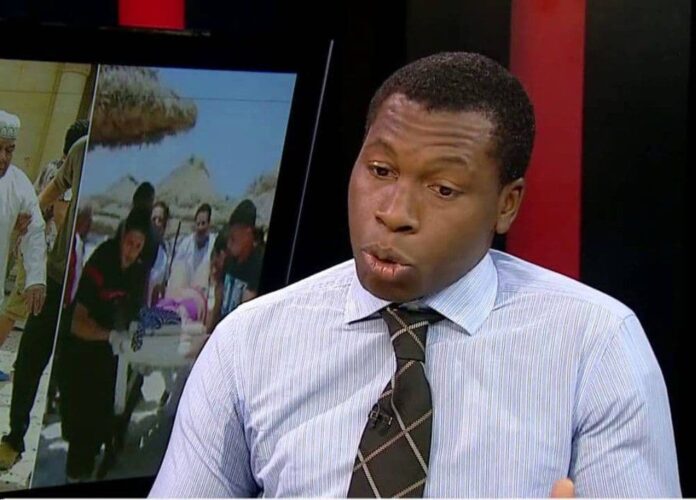 A security and management consultant, Chidi Nwaonu has bared his mind on the spate of insecurity in Nigeria and the South-East in particular.

In a zoom interview with Njenje Media TV, anchored by Maazi Ezeoke, Chidi Nwaonu discussed salient issues as it relates to the newly formed Ebube Agu security outfit and security lapses in the South-East.

“There is a similarity (Iraq/Afghanistan and South-East, Nigeria). When I deployed in 2004 the similarities are there. We are in the same phase as it is happening in the South East. They are doing this by attacking the security forces – police posts and removing all forms of police presence. There are great attacks on police checkpoints. In the South-East we all know the experience of having a checkpoint every ten meters. By attacking the police it sends a message to the populace.”

“The south east has the highest number of check points in the country. Our insecurity may not be at the level of the north east with boko haram or north west with banditry but we still have a very high level of insecurity.”

Nwaonu warned that insecurity would get worse if urgent steps are not taken to nip the crisis in the bud.

“The police have been terrified with their weapons taking away from them and the attacks will continue. The army will retaliate if the attacks extend to the army and if their intentions are real as you can see there is an attack on the Hausa community there it will provoke a crisis there. I don’t support secession or disintegration but we need to be very careful so as not to precipitate a crisis on a national scale.”

“I saw the indicators from my experience in the UK. If I could see it from there, I see no reason why the south east cannot see it. We are plagued by kidnappers, bandits. We have vigilantes all over the south east and this is just an added one. How do we fight this war better? We need to understand the impact of airstrikes on the Igbo psyche during the civil war. The lessons I will take from Afghanistan is that local forces were generated from there. There was banditry there and the Taliban responded with brute force. Our job was to protect the population but we spent most of our time doing was to fight the bandits. We didn’t have enough men and it was very challenging. Afghanistan had a federal and village police but they couldn’t adequately protect the people. The only organization that they turned to for protection was the Taliban as they used Islamic law which was understood by the people.”

According to him, there shouldn’t be a need for a vigilante service in the first place if the security operatives are up to theri responsibilities.

“First it is to understand the problem in its totality. There are many facets – Ipob, politics, criminality etc. People are not secure and they have lost faith in the government.”

“The NSA, IGP, Police Minister have failed and they are not held accountable. We shouldn’t be having a vigilante as the police should be taking care of us.”

“You juxtapose that with the resources available. Starting a force is one thing, maintaining it is another. There will need to be a security analysis to know what they will be engaged in. if they have to go with a baton, walking stick, and machete it will require a lot of men to protect the community. What level of support will the FG give to them? We don’t really understand it. Take Amotekun for instance they are not as effective as they ought to be because the FG hasn’t allowed them to function properly. There is no vigilante force anywhere in this nation that can truly stand to combat terrorists that are well-armed. That is the truth on the ground.”

“#ENDSARS IS NOT ENOUGH, YOU MUST GET INVOLVED IN POLITICS”, PROF...