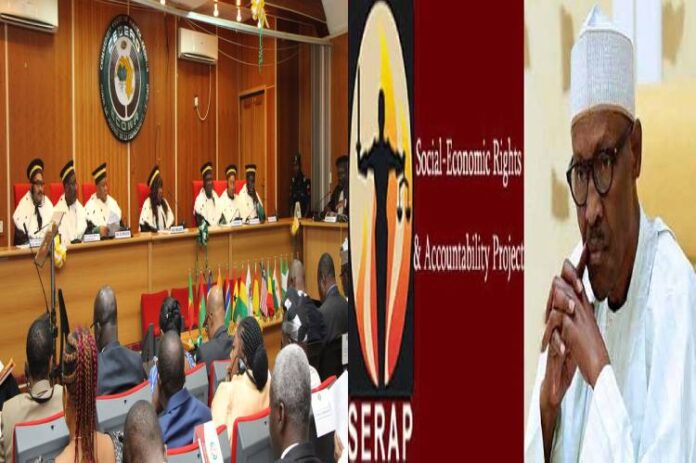 The Community Court of Justice of the Economic Community of West African States (ECOWAS) has thrown out an application by the Socio-Economic Rights and Accountability Project (SERAP) which sought to hold the Federal Republic of Nigeria liable through neglect or inaction for the various forms of violations suffered by communities and individuals in the country since 2001.

According to TVC News, SERAP instituted the case (ECW/CCJ/APP/15/16) in 2016 and was represented by Olufunmilola Falana (Mrs) Esq, Olusola Egbeyinka, Esq of Falana, and Falana Chambers.

Among other things, the applicant contended that the federal government was to be blamed for the military invasion of Odi in Bayelsa state and other states, as well as the alleged killing of citizens by security operatives throughout the country.

SERAP also urged the court to declare, “that the attacks, killings, raping and maiming of citizens and other residents and destruction of property and other serious human rights violations and abuses across the country amount to the failure of the Respondent to exercise due diligence and therefore constitutes a serious breach of Nigeria’s international human rights obligations and commitments to ensure and secure the rights to life, to dignity and security of the human person, and to property, guaranteed under the African Charter on Human and Peoples’ Rights, and the UN International Covenant on Civil and Political Rights to which Nigeria is a state party.”

It prayed the court to direct the respondent to, “investigate all cases of unlawful killings noted herein and pay adequate money compensation of N50 million to each of the dependents among others.”

On its part, the federal government through the Office of the Attorney-General of the Federation and Minster of Justice, Abubakar Malami SAN, denied committing any human right violation against citzens.

Represented by its lawyers, T.A Gazali,SAN and Adedayo Ogundele, Esq, the respondents further argued that most of the issues raised by SERAP had either been settled, or were awaiting Appeal Court verdicts.

But delivering judgment in the suit on April 26, Hon. Justice Edward Amoako Asante held that “although the court has jurisdiction over the matter as it borders on the violation of human rights, it dismissed the case because of the failure of the Applicant to clearly establish any community or group whose public interest was allegedly breached and needs vindication as claimed.”

Reacting to the development, Malami said the court verdict was a win-win for the federal government, adding that it was “a clear vindication of the Federal Government’s efforts towards respecting human rights and international conventions.”

In a statement by the AGF’s spokesperson, Dr. Umar Jibrilu Gwandu, Malami pledged to keep “protecting the rights of citizens in ramifications as well as protecting the public interest in the discharge of constitutionally recognized mandate.”