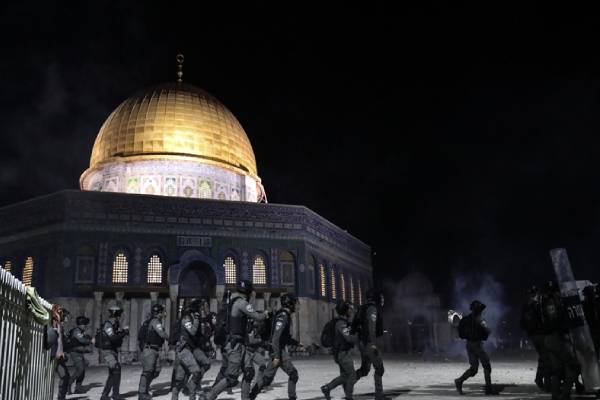 Israeli police have entered the Al-Aqsa Mosque compound as worshippers gathered for early morning prayers, two days after detaining hundreds at the site in another raid at the mosque.

Israeli authorities said they entered the compound on Sunday to facilitate routine visits by far-right Jews to the holy site and that Palestinians had stockpiled stones and set up barriers in the compound.

The police cleared Palestinians out of the sprawling esplanade outside the mosque, while dozens remained inside.

Palestinian medical workers said at least 19 people were injured. Three people were transferred to the hospital after being beaten or hit by rubber-coated bullets, according to The Palestinian Red Cross.

The organisation said it was prevented from accessing the compound but managed to assist the injured near Bab al-Asbat.

Nine people were arrested, police said, after Palestinians smashed the windows of two buses carrying Jewish visitors to the site, lightly injuring several of them.