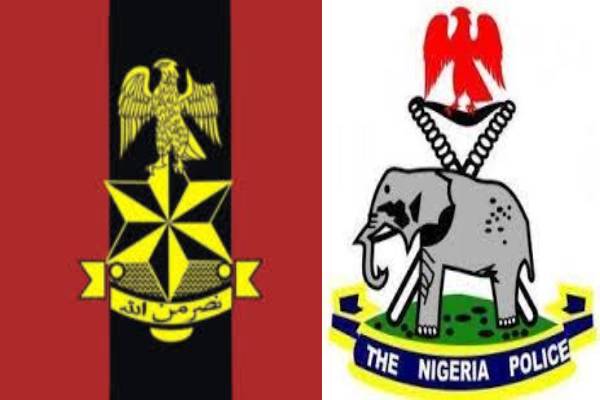 The trios of the Nigerian security forces, Jihadist Fulani Herdsmen and Government Militias have intensified their killings and house burnings in the past two months of July and August 2022 with Imo, Anambra and Benue States as the hardest hit. In Imo State, the security forces involved in the secret killings and house burnings include soldiers of the 34 Artillery Brigade of the Nigerian Army, Obinze near Owerri, the personnel of the Nigeria Police Force, Imo State Command and the Imo State Government funded and Army-allied Ebubeagu militias. The culpable non state actor killer groups running riot on defenseless civilians and their properties in the State are the Nigerian Army protected Jihadist Fulani Herdsmen operating in Okigwe-Umulolo axis and other occupied forests, bushes and farmlands across the State. Government raised and sponsored ‘Fifth Columnist Armed Counterfeiters’ are also part of the troubling and murderous entities killing and burning at will in Imo State.

In Anambra State, the soldiers of the 302 Artillery Regiment/General Support of the Nigerian Army, Onitsha and the personnel of Ogbaru Naval Base and the Nigeria Police Force as well as operatives of the Anambra Vigilante Service are those involved in rising cases of killings and house burnings across the State. The Anambra Vigilante Service operatives funded by the present Government of Anambra State were recently reorganized and kitted with total face cover masks and offensive weapons. They are joined by hundreds of ex-militants recruited from Bayelsa State and other parts of the Niger Delta Region. Although tasked to go after ‘Unknown Gunmen’ holding the State to ransom in recent months including abductions, forceful payment of ransoms and deaths in captivity, but little or nothing is publicly known about their operational codes including checks and balances-thereby raising strong fears of being “licensed to kill or maim or destroy at will”. Fears are ripe that the State may descend back to the inglorious epoch of Bakassi Boys (1998-2002). In Benue State, the Nigerian security forces protected Jihadist Fulani Herdsmen have continued their massacre spree targeted at defenseless civilians in the past two months of July and August 2022.

Strong accusations by Intersociety abound against the Nigerian Military concerning the above. Since 2016, Intersociety had remained firmly consistent in strongly accusing the Nigerian Military especially the Nigerian Army of heavily compromising its neutrality and non partisanship doctrine by being remotely behind the Jihadist Fulani Herdsmen terrorism in the East and Benue State. Intersociety had embarked on series of field trips in the South-East and the South-South following the Nigerian Military’s camouflaged military operations in the two regions, partly code-named “Operation Python Dance”. We had followed the patterns and trends of troops’ deployments during the deceitful military exercises and found out that such deployments were coded with military protected mass movements of Jihadist Fulani Herdsmen into strategic Eastern forests, bushes and farmlands. These were to the extent that new military and police checkpoints were created to protect the Jihadists in their new settlements, in addition to settling them near existing military and police formations and in the end, it was found that “out of every five military roadblocks or formations, camouflaged herders and their herds of cattle are found or sighted nearby. The military protected Jihadists invasion was also fueled by a 2015 alleged Nigerian Military forest/bush mapping exercise across the country as well as the introduction of the Nigerian Army/Military Ranching policy. Emergence of stooges or surrogates as Governors in some States also aided their invasion and terrorism in Eastern Nigeria till date. Intersociety had identified no fewer than 700 bush/forest/farmland locations in the East, Benue and Kogi States as ‘newly occupied areas by Jihadist Fulani Herdsmen’. In a 2020 statement, a former DIG in charge of Intelligence also corroborated our report to the effect that:“he intelligence report at his disposal showed that AK-47 armed Fulani Herdsmen have occupied 336 locations in the South-East alone”.

Several findings by Intersociety have continued to indicate the fact that the near total takeover of combatant cadre and senior commanding positions in the Nigerian Military particularly the Army by northern Muslims in Eastern Nigeria will continue to ridicule the neutrality and professionalism claims by the High Commands of the country’s Military and reduce their operations to nothing more than ‘ethnic and religious witch-hunting, profiling and persecution’. Totality of the above has been the case in the South-East and the South-South since 2016 and has also destroyed professionalism in what remains as ‘Nigerian Military’. These explain why the deployed security forces have been going about with reckless abandon, hatefully massacring hundreds of defenseless civilians especially those in the productive male age brackets and tagging them terrorists while turning blind eyes on Jihadist Fulani Herdsmen massacring Easterners. The killer soldiers have also sold their consciences to the Devil by murderously going after children, pregnant women and nursing mothers; abducting and torturing or killing or sexually molesting them in captivity.

Pieces of evidence abound from our several investigations exposing how soldiers invaded hospitals and abducted nursing or heavily pregnant women and bundled them from their maternity beds. In all these, reverse would have been the case had the authorities of the Nigerian Military stuck to professionalism and neutrality in composing the officer corps of their formations in the South-East and the South-South in line with Section 217 (3) of the 1999 Constitution. Clear evidence of the Northern Muslim domination of the officer corps of the Military formations in the East is as follows: current GOC of the 82 Division of the Nigerian Army, Enugu, Major General Umar Musa (northern Muslim); Brigade Commander of the 34 Brigade Obinze, Imo State, Brig General Sani Suleiman (northern Muslim); the immediate past Brigade Commander of the 14 Brigade Ohafia, Abia State (held sway till 17th August 2022), Brig General Mohammed Dahiru Abuwashi (northern Muslim). He was replaced by Brig General Adegoke Adetuyi, another non Easterner; and Cantonment Commandant of the Onitsha 302 Artillery, Anambra State, Col Abdulkarim Usman (northern Muslim).

Defenseless Citizens Massacred In Hundreds In Imo, Anambra And Benue In Two Months

It is most likely correct to say that defenseless civilians lost their lives in hundreds in the past two months of July and August 2022 and several dozens of civilian homes burnt by security forces and allied militias in Imo and Anambra States. It must be recalled that between Oct 2020 and June 2022, a period of 20 months in Eastern Nigeria, according to our recent documentary report, 1,360 civilians were killed, 150 communities attacked, 1,450 houses burnt or destroyed and 51,000 persons rendered homeless by security forces. The number is most likely to have increased to 1500 deaths, 1500 houses burnt and 1500 rendered homeless. Properties worth over N57billion were also lost under the said 20 months. Since then and in the past two months of July and August, Imo and Anambra States have accounted for no fewer than 140 more security killings. Dozens of defenseless citizens have also been secretly hacked to death by Jihadist Fulani Herdsmen in different parts of Imo and Anambra States. Apart from killing seven defenseless natives of Otulu in Awomama on 13th July 2022 and unspecified number of Awomama natives, there have been several reports of mass killings by soldiers and their allied Ebubeagu militias across the State since then.

The latest of such killings was Tuesday 30th August killing of two bricklayers (block molders) at their workplace and shooting of another elderly man nearby who later died. The killings perpetrated by soldiers of the Nigerian Army had taken place at Eke-Ututu part of Orsu-Ihiteukwa in Orsu Local Government of Imo State. The soldiers had stormed the area and opened fire, shooting in different directions; forcing defenseless citizens to run for their lives. Two defenseless citizens molding blocks at their workplace were gunned down while another elderly man of over 70-Year-Old, who could not run, was terminally shot at his two legs and left to bleed to death. He was reported to have died thereafter. The names of the two slain victims were given as Ugochukwu Obianali and Chinonso while the name of the shot elderly man who was reported to have died later was given as Pa Nicholas Onwughala. Not done, the soldiers invaded a Community Health Center in neighboring Amalulu at late night of 30th August 2022, shot sporadically, broke the doors of the Heath Center and arrested scores of the staff crew members and patients on admission. The soldiers later took them away and claimed that “they got an intelligence report that a suspected IPOB member’s wife was admitted at the Health Center as she was about to put to bed”. A female staff spoken to said they were later released in the early hours of the next day being 31st August 2022.

One of the most recent arsonist attacks on Imo Communities by security forces was the burning down of several civilian houses; eighteen market stalls stocked with goods and eight private cars in Umuokwu and Ugbelle villages (communities) of Izombe in Oguta Local Government Area of Imo State. The dastardly act was perpetrated by soldiers and their allied Ebubeagu militias as well as personnel of the Nigeria Police Force. This followed a report of attack at a local police station in the area by armed persons. In the past two months of July and August in Anambra State, there have been reports of mass killing of unarmed citizens and burning down of homes by soldiers, naval personnel and face covered vigilantes, joined by recruited ex Niger Delta militants. The affected communities had included Ogbaru, Uli, Ukpor, Nteje and so on. The killings did not include a handful of violent armed persons caught in the act or in their hideouts by security forces. In Benue State, Jihadist Fulani Herdsmen have continued to massacre members of the defenseless Christian population and burn down or destroy their properties. The victims include ancestral Igbo natives of Benue State. The latest of the butchery was 1st Sept 2022 Jihadist Herdsmen attack in Tse Umela part of the Guma Local Government Area where five persons including children were hacked to death and three others injured. The statistics above are just to mention but a few.

Army, Police And Imo Government Have Continued To Live In “Laivirus” Falsehood

Intersociety is not surprised at cock and bull stories or shameless lies coming from the Nigerian Army, the Police and the Government of Imo State. Falsehood, mockingly called “Laivirus” has remained the roguish image policy direction of the present central Government of Nigeria and its security agencies since 2015. Intersociety has severally investigated and found that over 90% of the information released to the public by security authorities in the country in general and Eastern Nigeria in particular with regard to killings and property burnings are thousands of miles away from what actually transpired. One of such virus infested lies was the latest Army statement on killing of three block molders around Eke-Ututu Market in Orsu-Ihiteukwa. The Army had falsely labeled the slain as “IPOB/ESN terrorists specialized in detonating improvised explosive devices” and that “Eke-Ututu Community Market has become a flashpoint of ESN terrorism”. Intersociety has severally maintained and still maintains that it has no sympathy for violently armed persons using or advocating for violence anywhere in Nigeria, however, we shall not sit by and watch innocent citizens being mowed down by soldiers and other security forces with reckless abandon. That is to say that the Army statement is roundly false and strongly condemned. The Army statement is not different from similar falsehoods concocted and dished out last month (July 2022) by Government of Imo State and the Imo State DSS Directorate in which the due falsely labeled the Awomama massacre victims as “being ESN members gunned down in their hideout”.