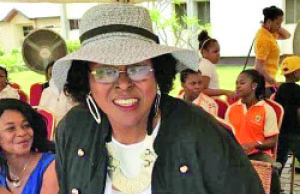 Just two years after the demise of Lagos socialite and founder of Lekki British International Schools, Dr. Abiodun Laja, her two children, Christian and Francis Idehen are in battle over the control of their mother’s prime assets.

The Sun News Online reports that the Idehen brothers —both directors of the institutions— have dragged each other to court over the control of the schools their mother left behind, thus threatening the legacy. Spotlight learnt that it was Francis —the younger of the brother— who filed a petition at the Federal High Court in Lagos against his brother, Christian. He wants the court to determine how the school should be managed. He joined as respondents, in the suit Christian’s wife, Olufunke; Lekki British International High School Limited, Lekki British Junior School Limited and Lekki Educational Limited.

Late Laja who founded the schools died interstate on 26 May, 2019 at age 69. Before her death, she was the Chief Executive Officer of the Schools. Under her, the management and organisational structure of the schools was not in dispute as the schools ran smoothly. Upon her death, Francis and Christian became the only shareholders and directors of the schools and both were abroad at the time of her death.

But Francis averred that after the death of their mother, Christian unilaterally made the decision to relocate his family to Nigeria and immediately took over the running of the schools. He also claimed Christian equally appointed himself as the de facto Chief Executive Officer without informing or conferring with him and against his express objection. Aggrieved Francis claimed that their mother had mandated him, being a lawyer, to look for international investors who will run the school after her retirement, since both of them —Christian and himself— have no requisite experience or qualifications to run an educational institutions or a business the size of the schools without proper structures and process constituted. But when their mother died, Francis said he requested a meeting of the Board of Directors of the schools to discuss the implementation of appropriate legal framework to regulate the governance and the affairs of the schools. He also requested that he and Christian should apply for a letter of administration at the Lagos High Court to legally administer the estate of their mother, particularly as it relates to her majority shares in the schools.

However, he claimed that Christian refused to accede to any of his requests despite his several visits to Nigeria. Rather Christian has continued to run the companies without regard to him and the board of Governors. And to further complicate matters, Christian carved a role for his wife, Olufunke, who is neither a director, nor shareholder or employee or agent of the schools. The younger Idehen claimed his brother has refused to render accounts of all expenditures made by him without his knowledge or consent, despite repeated demands to do so.

Based on the affidavit sworn to, the presiding Judge Nicholas Oweibo restrained the two brothers —Francis and Christian— from dealing with the bank accounts, cash and any other assets of the schools without the express written consent or authorization of the other party, pending the final determination of the motion on notice for interlocutory injunction.

I’m Having Sleepless Nights Over Nigeria