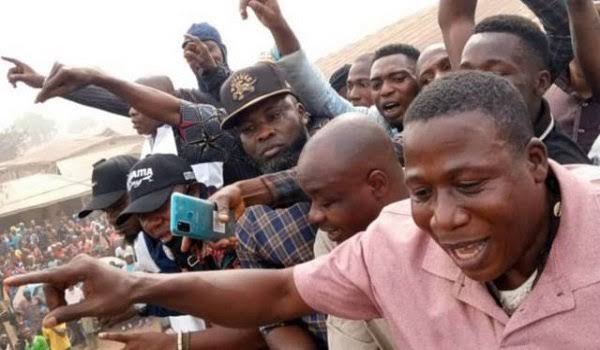 Professor Femi Olufunmilade, a Public Speaker and the Director of Contemporary Security Affairs, Igbinedion University, Okada, Edo State has warned that Nigeria may be no more if President Buhari fails to act decisively to address the rising insecurity, kidnappings and the Herders menace.

In a Video message exclusive to Njenje Media News, Prof. Olufunmilade recalled how he had an engagement with a retired soldier wherein he wondered that despite the killings and carnage going on in the Ibarapa area of Oyo State and other parts of Yoruba land, none of the lawmakers from the State Assembly to the House of Representatives to the Senate has come out to say something on behalf of the people they represent, an inaction he called disappointing and saddening.

Prof Olufunmilade bemoaned the silence of the Federal Government that controls the security agencies to the happenings until Sunday Igboho came in to give the purported quit notice.

“We have a situation where traditional rulers in Ibarapa had to send for Sunday Igboho to come and help them. And we have a government, at all levels , local government , state government, federal government but nothing is done to save lifes. It’s only when Igboho has issued his quit order to those identified as the kingpin by the people in the community themselves of the killer bandits that the Federal Government finally found it’s voice; ‘Get Igboho Arrested’. But when Dr. Aborode was killed and the woman from Imeko who owns a filling station and other businesses in Igangan was killed also, because these rampaging bandits visited her filling station and wanted to abduct her, she refused, nobody spoke. We didn’t even hear commiseration from the State Government, we didn’t hear anything whatsoever from the Federal Government that controls all the security agencies and who don’t want any state to have an Amotekun”.

RELATED POSTS:  NIGERIA IS ABOUT TO SNAP; THE UN MUST ACT NOW TO AVERT CATASTROPHE — NINAS TO UNITED NATIONS

The former SPD Presidential aspirant, who was an ally of President Buhari warned that there would be more reactionists if the Nigerian Government fails to act.

“I just want to warn the Federal Government, that for as long as you do not do the needful, expect more of Sunday Igboho in Yoruba land and other parts of Nigeria , even in Zamfara , even in Katsina where the President comes from , as long as you can not secure life’s, precious life’s , don’t expect that people will fold their arms where you have failed to secure their life’s as a government.”

He recalled the case of a woman who was attacked by suspected Fulani herdsmen in Ogun State, where he talked about the complicity of the powers that be in securing the release of arrested criminal herders;

“While the heat was on the Igangan saga, another terrible occurrence visited Oru- Ijebu, Nuru road, the heart of Ijebuland ; an elderly woman was going to inspect a plot of land , she drove herself and we have sent the pictures making the rounds and the video footages, not a concocted story, the video footage of this woman in the hospital, she was badly shattered, it would take a miracle for that mama to regain herself in any meaningful measure again, badly shattered, her jaw was broken , blood everywhere and the people that did this were the armed herdsmen , they ran away. These miscreants pumped bullets into this elderly woman’s body, taking her for dead, because they were apprehensive as people were coming , they ran into the bush, they left their cows, three of them arrested. The experience is that when such people are arrested by lawful citizens in this part of the country, before you know what is happening , another would come from somewhere, usually Abuja that they should be released. Many at times they are released with their guns . Whoever is giving that order, I’m telling you, you will receive the judgment of God , not only when you die, even here on earth , a day is coming when you will have cause to regret your action because nemesis will catch up with you”

He recalled that last year, some weeks before Christmas, Sunday Igboho had led a security team comprising Soldiers, Vigilante, Amotekun and Policemen into Oke-Ogun Forest reserves where they met some strange looking Fulani’s miscreants.

He called on President Buhari to declare an emergency and order the eviction of all illegal occupants of Nigerian forests, while registering those who have legitimate businesses there.

“President Buhari, will you keep them there simply because they are Fulani, they are destroying your name and reputation, are you not concerned about what your legacy would be, what do you gain by allowing this to continue?”

He further on advised the President to borrow a leaf from Ghana’s President in resolving herders/farmers conflict;

“Look at what your colleague, the President of Ghana did , they have Fulani there, they have Hausa there , they have Yoruba there , he called the Fulani leaders, all of them from across the country and he spoke to them about the need for change, that this is 21st century we can’t continue this way. The incessant conflict with farmers is avoidable, they should embark on ranching, whatever support you need, we shall give you and thereafter, after a little period of grace, the Police in Ghana swung into action to enforce the law. Many of those who don’t like the idea of ranching in Ghana are in Nigeria now, they are among those raping people, killing people, abducting people and when we talk, we are quickly told they are fellow Nigerians, they are free to walk around and settle anywhere.”

He called on President Buhari to support the gesture of Kano State Governor where he provided lands for herders to settle and ply their trade in the North instead of constituting nuisance to themselves and the host community they take their cows to.

“Governor Abdullahi Ganduje has offered vast track of lands for those who want to settle , have you given him support, President Buhari.”

“All those Fulani’s, he’s saying come over, this method of grazing up and down is not in your interest, it’s hazardous to you and the community you are passing through. We’ve not heard the President giving him any support , the land he has offered is there , these people prefer to move up and down and that is why a lot of fingers are pointing at you , President Buhari, that there is a sinister motive behind all these .

You know I’ve been your long time ally, friend, campaigner and I’m advising you, do something. If you do not we may not have a country called Nigeria anymore.” He said.