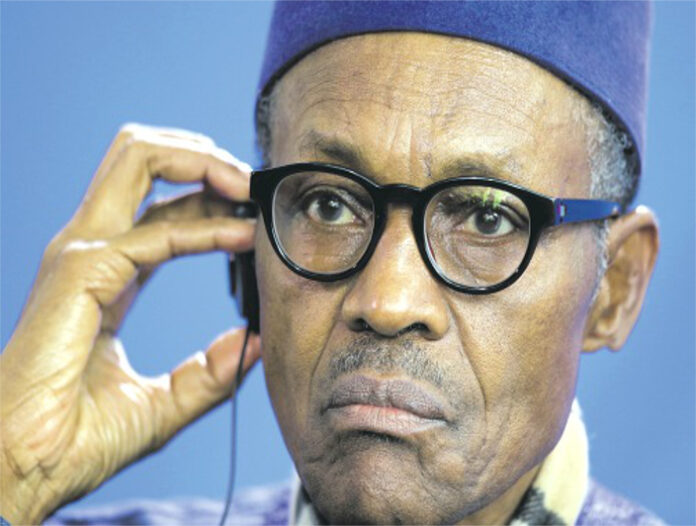 Renowned Journalist, Chief Dele Momodu has expressed his surprise and bewilderment on the Tweet made by Nigeria’s President, Muhammadu Buhari.

The Ovation Magazine Publisher in a virtual interview with Njenje Media TV , Momodu expressed his shock at the Tweet and according to him, he was dazed and stupefied to respond, showing the gravity of the President’s gaffe.

“I didn’t see the tweet as soon as it was tweeted by whoever was tweeting for President Buhari because I don’t believe he tweets himself, so he has handlers but apparently the tweet came from his speech he made earlier on and to the INEC Officials in his office. A friend that alerted me to it asked “Could this be true”? And since I didn’t know, I quickly rushed to the Twitter page of President Buhari (the verified Twitter page), cos I had to be sure that it was real so i scrolled down and I saw that particular offensive tweet and so I quickly responded to my friend that it’s very true o. But I was too shocked, too stupified, too dazed to write my usual comments, so that’s why I had to use the exclamation marks. So the message I was sending out was “Wow! Wow!! Wow!!!”.

The former Presidential candidate added that he was very disappointed that a President had to use genocide to threaten it’s citizens.

He further added that he was not surprised at the responses across the world on the tweet as it is expected.

“Ahh dele, we know you were one of the supporters of Buhari”, everyday people abuse me, anyway I’m used to it now. “Oh you people brought this pestilence into Nigeria and all that. They abuse us, they attack us everyday, I’m used to it. There are some I apologise to, some I get angry at and say I didn’t force you to vote for Buhari, so stop harassing my life, but the truth is, I was horrified yesterday.”

Njenje Media News recalls that the furore generated from the post and it’s massive reportage made Twitter to delete the controversial tweet, saying it violated it’s rules.

Watch the Video below:

Photos; Adamawa Governor, Fintiri Trains Over 3000 Hunters, Equips Them With...