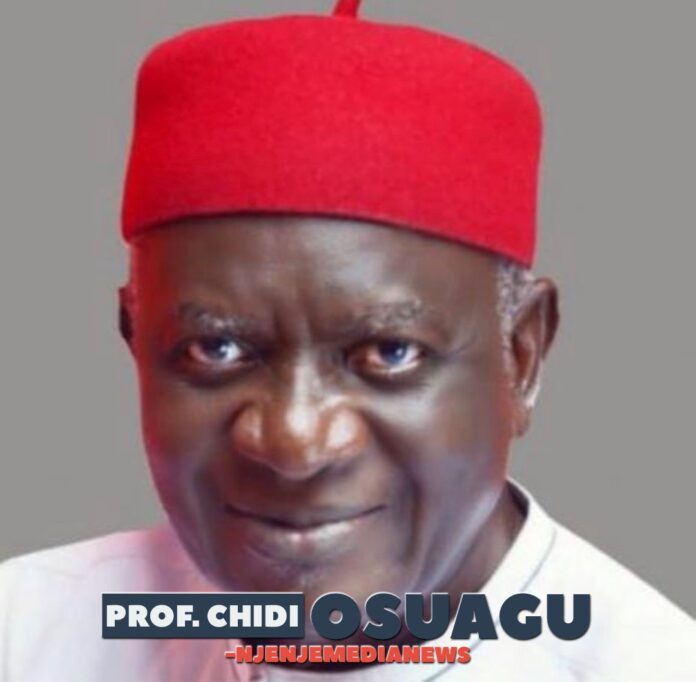 The greatest problem of human society, and root of much social crises, is the lack of a reference natural law for equitable wealth distribution. Jesus Christ’s diagnosis of the key ills of the society of his time and solution prescriptions offer a path to the generation of a reference natural wealth distribution law that is valid for all times. In his Critique of Money (Christian Critique of Money = Parable of the Talent. The unit of money in both Greek and Roman empires was called Talent, like the Dollar is unit currency of today’s world), he noted the inherent, zero-sum, Mathew Effect (systematic, time-wise, transfer of wealth from the poorer to the richer in a money-driven economy). To put the centrality of Jesus’ critique of money in a realistic perspective, one references St Paul’s idea that “Money is the root of All-evil! (Pauline Approximation of Evils; “The love of money is the root of all Evils”; 1 Timothy 6: 10. The Pauline approximation of evils to money is a classic simplifying assumption, for operationalization and easier solution). In other words, to solve society’s money-powered zero-sum wealth distribution problematic is to uproot most evils in the society by the minimization of the role of money in the economy.

In his Triumphal Entry Symbolic Actions, Jesus: i. Used the Procurement of a Colt for Jerusalem journey to teach the Priority of Utility Need over Surplus Utility Possession ii. Used his Jerusalem Entry Majestic Procession to assert Jewish Sovereignty and denounce Roman Imperialism (At the heart of imperialism is the Usufructuary Law; predation-by-sword) and iii. Used Whipping of Temple Money Changers to denounce Usury (At the heart of Usury is Law of Compound Interest; predation-by-guile). Most problems of the world, from ancient times to date, arise from these two Eurasian Predation Laws, working in concert. The spirits Roma and Mammon, acting together continuously, transfer wealth from the poorer to the richer until they, inexorably, would destroy the world.

Jesus Christ, from his teachings and actions as well as reflections of his disciples, understood this phenomenon deeply and worked to avert the inevitable catastrophic end. He encapsulated the solutions in the Lord’s Prayer, which he taught his followers. At a Pauline approximation level, (money is root of all evil), Christians are those who subscribe to the solution prescriptions of the Lord’s Prayer and live by it. Without conscious subscription to the essences of the Lord’s Prayer, one cannot be a follower of Jesus Christ’s teachings…a Christian.
THE LORD’S PRAYER SOLUTION PRESCRIPTIONS AGAINST MONEY-ROOTED EVIL

Within the Lord’s Prayers Jesus prescribed solutions to the diagnosed problems as follows: i. Natural Laws are to be foundational for solutions (Thy Will be done; on Earth, as it is in Heaven) ii. Universal Basic Income (Give us this day our daily bread!) and iii. Universal Debt Forgiveness/Jubilee as imperative generic solution (Forgive our debts as we forgive our debtors). Jesus had lived in Alexandria, Egypt’s main city in the Roman Empire of his time. Alexandria was the city with the highest Jewish population during Roman times (more than Jerusalem). In Alexandria, since the Greek Ptolemy Pharaohs, the Primacy of Natural Laws/Laws of Isis (Iwuala) as mirror of Laws of God/Heavenly Laws (Iwuchukwu) had been taught and venerated. That was the tradition throughout Africa, of which Egypt was a civilizational part (The Roman scholar, Lucius Apuleius, had drawn attention to the universalism of African civilizational devotion to Isis/Mother-Nature):
“The whole world worships this single godhead under a variety of shapes and liturgies and titles … But the peoples on whom the rising sun-god shines with his first rays – eastern and western Ethiopians (Black Africans) and the Egyptians who flourish with their time-honoured learning – worship me with the liturgy that is my own, and call me by my true name, which is Queen Isis”

extras. The rate of investment is in geometric proportion to the ‘extras’. Profits/future earnings are in geometric proportion to the ‘extra’, etc.
Compared to someone with two (2) extra talents, one that starts with only one (1) talent hardly grows in future earnings. He might as well have ‘buried’ his one (1) talent. Burying/fixing is one way of expressing what we call ‘constant’ in modern parlance. The Babylonians developed the law of compound interest long before Jesus was born. Therefore, these concepts were known to the learned of his time. This is why the law against Usury was in the Old Testament. This is, also, why the Jubilee law was instituted among the Jews in the Old Testament. Jews are resented for not extending their Jubilee to non-Jews (A key difference between Judaism and Christianity, at a Pauline scale, is that Jesus preached Universal Jubilee). This is why the money-changers who employed these ‘Mammon’ principles, knowing the deleterious implications, were considered sinners.
Without money, imperial Rome would have no effective way of implementing the Usufructuary law on a sustainable, long term and long distance, basis. Imagine if the Romans had just demanded only agriculture produce from people around the empire. Collecting and managing the quantum of Frumentum, as Romans called Grains, would overwhelm them. Money facilitated and facilitates all the manipulations and exploitation of imperialism. The modern world wars have been Imperial/money wars, like in ancient times. This is why Christ, and Christians like St Paul, considered Money the root of evils. The War-on-money is the principal War Jesus fought and the main reason Romans and Jews agreed to crucify him. The Earth is on the verge of physical destruction, because of money (A 4th February, 2022, joint statement by Russia and China to end the hegemony of American dollar in the world is a major cause of current world crises, of which Ukraine is a collateral victim). If the World applied Christian, natural distributive, economics there would be minimum strife.
THE WORLD AND AMERICAN INCOME DISTRIBUTION EXAMPLARS.

Since about 1500 AD, when European imperialism (driven by the Spirits of Roman Usufructuary Law and Babylonian Compound Interest) invaded the world and tripped the World Wealth Distributive Order, wealth has continued to be pumped from the poorer to the richer peoples of the world (Table I).
Table I: Income Shares of World Quintile, Q, Groups: 1820-1992
Quintile.

RELATED POSTS:  TAFA BALOGUN EXAMPLE AND THE CONSPIRACY TO COVER-UP FORGERY AND MURDER CASES AGAINST MR. FRED AJUDUA AND HIS WIFE
RELATED POSTS:  Nigeria: The 1963 Constitution Is Obsolete And Represents Incomplete Decolonization

equals the base of natural logarithm. Under this circumstance ln SQ5/SQ1 = ln 2.72 = 1.00. No modern society is known to exhibit at this level of distributive efficiency. Some homogeneous nations, like the Czech Republic, with SQ5/SQ1 of 3.34 and CE of 0.83 come close (https://tradingeconomics.com/sweden/income-quintile-share-ratio-s80-s20- eurostat-data.html). At extreme inequity are, usually, racialized countries like South Africa, with SQ5/SQ1 of 34 and CE of 0.28. Brazil used to compete with South Africa for the most unequal country position. Social justice issues in such countries should not be left to local sovereignties, but internationalized.
Table III: Continuous Decrease in Coefficient of Equity from Mathew Effect
YEAR
SQI, %
SQ5, %
R = SQ5/SQ1
COEFFICIENT OF EQUITY = 1/ln R
1500 9.31 1600 7.78 1700 6.25 1800 4.72 1900 3.17 2000 1.66
SUMMARY
The mechanics of the Mathew
clearly irreversible process. The two solution mechanisms proposed by Jesus: i. Systematic provision of Universal Subsistence Income and ii. Universal Debt forgiveness/Jubilee are the obvious best solutions available. Any true Christian should crusade for their implementation to save the world from social disintegration and climate catastrophe.
Seen from Eurasian worldview Jesus Christ is a Great Magi; a great miracle worker. Seen from naturalistic African worldview Jesus is a Great Scientist, whose social science points to the safe road out of current global socio-economic quagmire. There is, clearly, a scientifically manifest, practical, reason why Jesus proposed a Universal Jubilee to cancel all debts across board. There is no avoiding this course of action. With the Mathew effect, spontaneously, transferring wealth from the poorer to the richer who in a money-powered economy is the true creditor? Moreover, who is the true debtor? In a zero-sum economy, the true creditor is, indeed, the poorer. It is the poorer that has his share of the social wealth, continuously and automatically, transferred to the richer person that is indebted. In a Eurasian philosophy dominated world order, clever and distractive, arguments will arise over this. But, like Jesus Christ prescribed, there no way of avoiding a universal debt write-off…a universal jubilee to usher in a new world order in which
31.97 3.43 0.81 40.13 5.16 0.61 48.29 7.73 0.49 56.45 11.96 0.40 64.61 20.25 0.33 72.77 43.84 0.26
effect, as deducible from Keynes marginal utility rules, indicates a