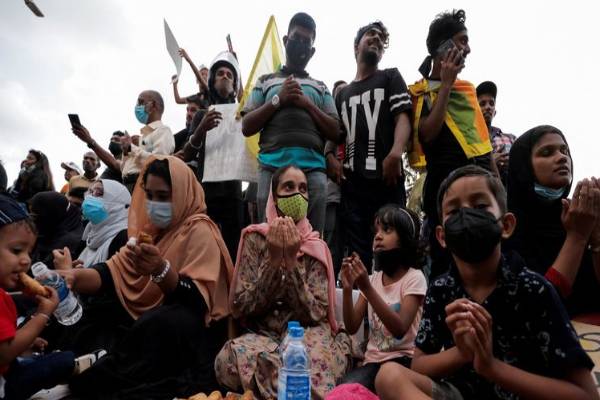 An interim government has been proposed in Sri Lanka three years before the next election to stabilize the country and restore peace amid protests over fuel, food, and medicine shortages.

This comes just a week after President Gotabaya Rajapaksa called for a unity government in the face of anti-government protests and an economic crisis.

Mahinda Rajapaksa, the president’s brother, is currently Prime Minister of Sri Lanka and would be replaced in the interim government.

The Sri Lanka Freedom Party (SLFP) stated that the independents would consult with other political parties in order to find a solution.

Protesters in the country have called for the country’s president to quit, blaming him for failing to handle the problem effectively.

Sri Lankans have been compelled to line in order to purchase fuel, cooking gas, food, and medicine.

There have also been widespread power cuts as locals have struggled to cope with the shortages.

Later this month, the country will begin talks with the International Monetary Fund (IMF) to work out a solution to its debt crisis.

The debt-ridden country owes a total of $25 billion (£19.2 billion) in foreign debt over the next five years.

The International Monetary Fund (IMF) has expressed worry about the country’s economic situation and is in contact with the country’s finance minister.

President Rajapaksa has been accused of borrowing excessively to fund projects that do not generate enough profit for Sri Lanka.