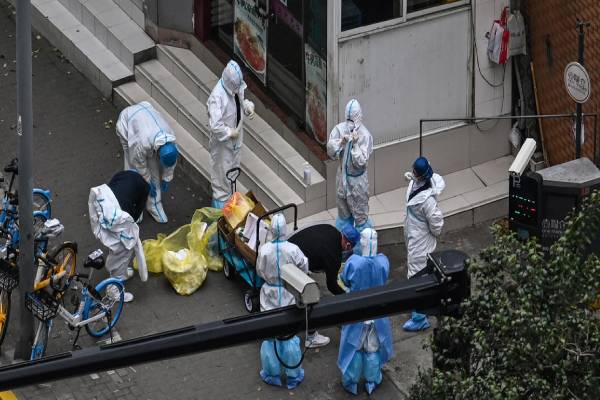 Authorities in China have announced they will begin easing lockdown in some areas of Shanghai despite recording more than 25,000 new covid-19 infections.

According to city official Gu Honghui, Shanghai has divided residential units into three danger categories, allowing residents in areas where there have been no positive cases for two weeks to engage in “proper activity.”

“Each district will reveal the specific names of the first batch (of communities) grouped into the three kinds,” he said at a news conference. “Three consecutive lists will be released in a timely manner.”

This will provide relief to some of the city’s 25 million residents, many of whom have struggled to find food and medicine after the city was shut down for more than three weeks.

The names of residential areas still in the high and medium-risk categories were released in Jinshan’s official channel on messaging platform Weibo, making it one of the first districts to share its list.

Shanghai, according to Gu, has been divided into 7,624 sections, all of which are still sealed off.

Those who live in “prevention areas,” despite being permitted to travel around their neighborhoods, must follow social separation and may be closed off again if new infections emerge, he said.

Shanghai would make “dynamic” changes to the new system, Gu said, vowing to do more to reduce the impact of curbs on ordinary people in China’s most populous city.