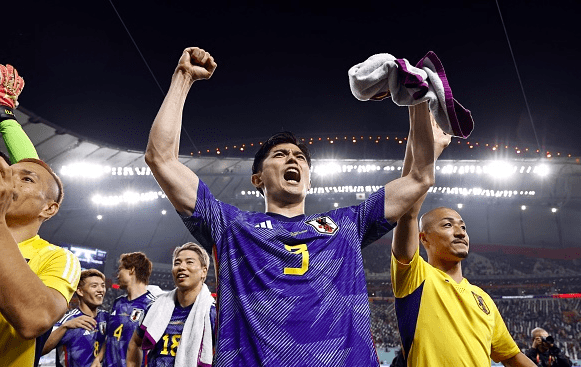 In what was a remarkable night of action on Thursday, Spain and Japan both punched their World Cup knockout stage ticket after the Samurai Blue claimed a famous 2-1 victory, Njenje Media News reports.

While the European heavyweights might have entered the half-time break with a 1-0 lead after Alvaro Morata bagged his third Group E strike in as many appearances, Japan mounted another stunning comeback after the interval.

Although Hajime Moriyasu’s men might have faced a real uphill struggle at the Khalifa International Stadium, a quickfire brace from Ritsu Doan and Ao Tanaka completed a remarkable flurry in Qatar.

In what will long be remembered as a stunning night of action from the Middle East, we have taken a look at the main talking points.

While it might be Spain’s second-half collapse and Germany’s early exit that will steal plenty of the headlines in Qatar, there is no doubt that Japan deserve all of the plaudits for another iconic comeback.

Despite suffering a shock 1-0 loss at the hands of Costa Rica last weekend and crashing back down to earth after their stellar 2-1 victory against Germany on November 23rd, the Samurai Blue will now find the mood in their camp at a red-hot high.

Although Moriyasu’s side might have known that they faced a huge uphill struggle on Thursday night, Japan have quickly gained a reputation for their never die approach.

Flying out of the traps after returning from the break, there are few fans across the globe that would have expected Japan to storm their way to top spot in Group E this year.

Now shocking almost everyone across the Middle East as they clinched victories against both of the former world champions over the past fortnight, Moriyasu’s high-flying squad are in the midst of what has become an iconic run.

Dumping Germany out and showing that they can mix it with world football’s elite, Japan have shown that they’re a real dark horse heading into the knockout stage.

Spain stutter their way to the knockout stage

Opening up their World Cup adventure on November 23rd as they stormed their way to a 7-0 romp against Costa Rica, Spain couldn’t have wished to lay down a more clinical marker.

However, despite their early statement in Doha last month, it is fair to say that La Roja have largely failed to build on their Group E opener.

Throwing away the lead late on against fellow European heavyweights Germany last weekend as they had to settle for a 1-1 draw, Enrique’s youngsters are now seeking some much-needed stability.

Returning from the half-time break with a deserved lead after Morata’s close-range header, the former Barcelona boss will be hugely concerned by the way that his side capitulated on Thursday night.

Although Spain might have just about clinched a silver medal finish in Group E thanks to their goal difference, the former world champions will know that they missed out on a golden chance.

Opening Thursday’s showdown with some starting to believe that Enrique’s squad could be a real contender this winter, their remarkable 2-1 loss here has underlined some extended issues in their camp.

What is waiting for Japan & Spain in the Round of 16?

Although Spain might have just about limped their way over the finish line on Thursday night, La Roja will now have their attention fully focused on what could be a tricky Round of 16 showdown next week.

Eventually having to settle for a second-place finish in Group E, the European giants are all set for a battle against a high-flying Morocco on Tuesday, December 6th.

With the African heavyweights breezing their way to top spot in Group F and causing their own major upset in Qatar, Morocco have continued to gain plenty of plaudits for their defensive steel and some in their camp could be smelling the chance to spring another upset against an inconsistent Spain.

However, while Japan’s famous 2-1 victory at the Khalifa International Stadium might have helped them snatch a gold medal finish in Group E, the Samurai Blue face their own rugged test in the knockout stage.

Set for a real challenge against 2018 finalists Croatia, Moriyasu’s side will be desperate to claim one more European scalp and extend on their history-making adventure in Qatar.

Although Japan might have clinched a Round of 16 finish out in Russia four years ago, Thursday’s heroes have never managed to book a World Cup quarter-final spot.