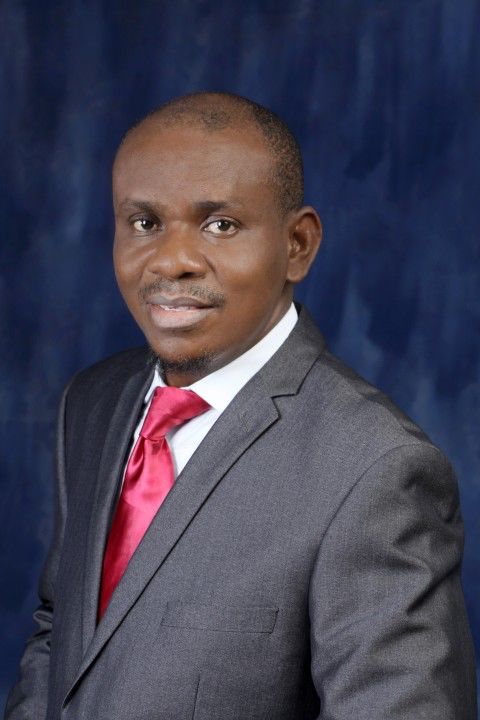 The society in search of a direction by Livy-Elcon Emereonye

The easiest way to learn is to learn from other people’s mistakes, the next is through the hard way, that is, personal experience. And the hard way is the best way, but when someone chooses not to learn, they will become indifferent, lose value and end up suffering from every direction at every given time and situation.

Every generation has its challenges, and every challenge needs unique attention. Every people have a peculiar representatives. The people will get the type of leader or ruler they deserve. The leader or the ruler is a reflection of the people and their value system.

No society can thrive on falsehood. No people can grow and develop through deception. Lie to others and you lie to yourself – and every lie brings about retrogression. Retrogression brings about pain, and every pain takes something away from the victim. The society is hellish that inflicts pains on its inhabitants.

If either by commission or omission but more out of indolence and indifference, a people is represented by self serving hypocrites, they will be kept reactionary in a state of continuous motion without movement by the same people who pretend to be with them and shoulder their burdens. In a classical dog eat dog style, this representative would stop at nothing to feed fat on them, and turn around to complain about the system. Instead of working for group interest, they strive for personal interests and serve their selfish agenda. While beating the drum of unionism, they will clandestinely kill and eat their members, clean their mouth and shout blue murder by the day, condemning cannibalism with every form of unprintable word. Don’t be deceived by anyone’s intelligent criminal acts. Don’t be carried away by well written and acted script meant to deceive the people and keep them down while the rot goes on unchecked. Don’t fraternize with those that worship with the Devil at night and shout hosanna in the morning. Run for your life if you find yourself in this type of situation else you become a victim for rituals.

Evil communication corrupts good manners, and a toxic environment produces toxic people that make the society more toxic. Flee from anything that can smear the conscience and cost peace of mind. Keep away from relationships that will not allow for mutual growth and meaningful development. This is what those who want to be worshipped and obeyed at all cost do – and here the emperor reigns.

Emotional emptiness and the void thereof is what every emperor gives and continues to give his victim. To this end, everything will be done to have a state of confusion, making simple things look complex. They will create a crisis just to cash in on it for devilish intentions – and those without balls will chicken out and may even turn around to idolize the one who torments them.

Psychological paralysis as a price for cowardice cannot be wished away. To make things worse, it is used as a tool for suppression and subjugation. The victim is always treated with contempt and disdain, deprived of every right and privileges. Being demoralized and possibly out, he would be giving bait as a way out. Should he fall for it, his case will be closed. Be vigilant and steadfast so as not to eat the food of your enemy. It is better to be hungry and live than to eat and die of food poison.

Retrogression is the price for idiocy done by the majority. When the rule is changed at the middle of the game to favour some people or the land is desecrated to accommodate an abnormality, the consequences could be huge with everyone suffering including the master minders, the perpetrators and those cheering and aiding them into action. When one finger touches oil, it may spread to other fingers. The consequences of evil done by one person might be suffered by more people or groups of people. Refuse to be intimidated or bought, if you desire to save yourself and others. Learn to live according to your means, and you will triumph over challenges and troubles.

RELATED POSTS:  With Kyari Out, Tinubu Can Now Sleepwalk Into Power -- Farooq Kperogi

In the land of evil, no one is safe. Where insecurity is the norm, no one is free. While the rich might build walls of defence and protection, the hungry unprotected poor that have nothing to eat would devise a means to feed on them. In our interdependence, nature has a way to always balance the system so something must give way for something else to happen. Every form of distortion has its value.

Complexity of either left or right is the cause of failure seen among states. Complex breeds fear with counterfactual tendencies common in profiling with a high level of distrust. Every victim of complex will in one way or the other make life difficult for the society and the people either for self-defence or hurtful revenge. When a man discovers that he is not wanted, he becomes hostile and dangerous so the society that promotes division and marginalization is but a keg of gunpowder waiting to explode. The people who erroneously believe that they will thrive by keeping others down will be surprised to find themselves painfully on the ground for what we give, we receive.

What we sow, we reap; what we give, we get. What we condemn, we repel; envy brings about stagnation and lack. The thoughts we nurture or have for others have ways of manifesting in our lives.

It has been proven that people do well when and where they are appreciated, and everyone resists hostility of every form and magnitude. Therefore, society will not be stable if it does not give room for equity and fair play. The people suffer that thrive on divisive sentiments and elevate injustice to a state act.

When faced with murderous silence amid anomie created by deceptive acts of turning promises of change into sheepish change of promises, absolute reorientation for proper guidance is necessary to steer the ship. It needs radical consciousness to awaken the people in a skewed state governed by psychopaths that seek and use power for wrong reasons. It needs sacrifice to rescue and liberate the people that are in bondage. We must pay the price to set the captive free and ignite the light of enlightenment and mutual togetherness..

An enlightened soul would rarely be carried away by the politics of hypocrisy with its associated audacious impunity. He will rather see politics as a call to serve – and serve diligently with dedication and honesty.

The primacy of our existence should be to make life meaningful and add value to it. We should endeavour to promote peaceful coexistence and bring out the best in us even in the face of tough challenges. To do this, we should live to encourage and not discourage good work. Learn the art and act of kindness. Engage into healthy competition. Work to make the world a better place.

However, those superintending our society have not provided the right environment for growth and mutual development. Our people abhor radical changes but surround themselves with minions.

The society is pitiable that is in search of direction and when it is ruled by a group of idiots the people become miserable and suffer – and the only way out is through a radical change that comes through radical consciousness with a radical distortion. Ours is a society in search of a direction but good enough, another opportunity is here for us.