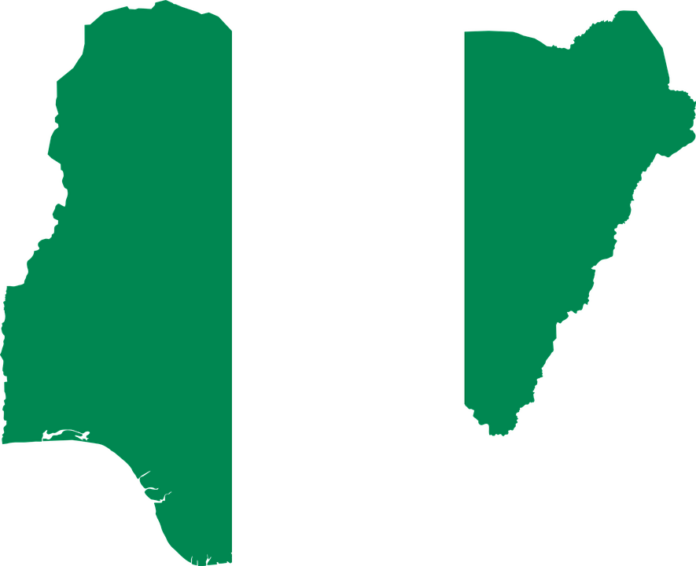 Nothing works under him. He speaks the queen’s English but he is a Nigerian. He is in charge of electricity generation, transmission, and distribution, he has a chain of degrees but nothing works under his watch. He manages the country’s oil sector but he knows next to nothing. That’s why none of the nation’s four refineries are working, hence he has to import refined crude from abroad. He is “incompetence”, he is a Nigerian. He will talk about the virtues of patriotism and unity publicly but privately he is a tribal bigot, he is “incompetence”.

He may be a professor with hundreds of publications to his credit but he is “incompetence”, he is a Nigerian. His students complain and he does not care. He does not often attend his classes. He is no better than the illiterate men and women he left behind in his village. He is “incompetence” and he produces incompetent students who go out to display incompetence in the banks, the civil service, the public corporations, private companies, insurance, courts, legal service, and in government service.

“Incompetence” is a master at cutting corners, for he knows his ways around his lecturers when he was in the university. He begged, cajoled, and bribed his lecturers to obtain his certificates. He knows his ways around the palaces of emirs, obas, obis, Igwes. He tells them his people have been disfavoured in appointments where he works, incompetently though, and so he must be the next leader of the organization he works in. He knows his ways through to the houses of ‘Babalawos’, ‘Dibias’ and Yanboka. He employs ‘juju’ to get to his goal even though he attends church and donates stolen money there.

He is the best friend of Sheiks and alfas are his friends. He regularly donate money to the reverend fathers so he could court their friendship. He carries millions of naira to the emirs every week to oil and sustains his contacts. Who dare remove him, since he knows somebody who is connected with the president. He is a master forger, he has forged his certificates and has tinkered with his age to make him younger than he is; he wants to be president; he is “incompetence”.

Some years after the death of both Chief Awolowo and Professor Hezekiah Oluwasanmi, the “culture” component of the vision of Obafemi Awolowo University, then the University of Ife, was played up and it led to the appointment of Professor Wande Abimbola as Vice-Chancellor. Professor Wande Abimbola is an Ifa priest and a professor of Yoruba Studies. The students of Ife then as the university was called, called their VC ‘Babalawo’. But culture is now bringing the university down a slope it may not recover from.

On Monday, 21 March, the university’s Governing Council headed by Owelle Oscar Udoji, an Igbo man, in tandem with all legally required institutions of the university announced the appointment of Professor Adedayo Bamire as the new Vice-Chancellor. He came top among 16 contestants. Since that announcement, the gods of Ife have been angry. It must be its own son who was said to have been 9th in the assessment process. How do you make number nine take priority over eight persons ahead of it?

RELATED POSTS:  Chief Olusegun Obasanjo To Be Inducted As An Honourary Member Of Ohanaeze Ndigbo

As it happens, ‘Incompetence’ mobilized all the traditional worshippers, many women clad in white attire, the majority of them bare-chested entered forcefully into the university after they had broken down the two main gates of the university and wounded the security staff manning them. Two masquerades also entered the university with drummers and dancers to place ebo, ( sacrifice) at the car part of the university. The Yorubas believe such sacrifices are effective in harming opponents. Who is the Mr Incompetence here who appeared in the faces of the traditional worshippers and the masquerades?

Rational thinkers will find it difficult to doubt it is not the Ife-born contestant professor. Only one person is from the town of Ife among the 16 contestants and he is Rufus Adedoyin, professor of Physiotherapy. His town people believe that with 200 publications to his credit he is capable of being the VC because since the university was established, nobody from the host town has been appointed VC.

The motto of Obafemi Awolowo University
The sad situation for Nigeria is that it is not only the Obafemi Awolowo University, that is in this grip of “incompetence’. The nation’s premier university, the University of Ibadan was also recently embroiled in a crisis when indigenes of Ibadan said the VC must go the way of their son or nobody else because since the university was started on their soil, none of their kith and kin had been appointed VC. It was said that the appointment of Professor Dike went through the same process when Dike was preferred over Yoruba professors. At the University of Lagos, it was a violent war that attended the appointment of Professor Eni Njoku as the Vice-Chancellor of that university in the early 60s. The contending candidate, Professor Saburi Biobaku was stabbed by an aggrieved student who later drowned himself in the Lagos lagoon.

RELATED POSTS:  IPOB Insists On Thursday Sit-at-home In The South-East On Thursday

At the University of Ilorin, a war is raging as a group, Ilorin Emirate Descendants Progressive Union (EDPU) is insisting that only an Ilorin indigene must be picked as the VC. Of the five contestants, three are from Ilorin while two are from Oro and Offa, all in Kwara State. The huge surprise is that all of them are Muslims and yet there is a fight. What Islam has put together, ‘incompetence’, has put asunder.

And at the University of Jos, all six Vice Chancellors until the recent appointment have been indigenes of Plateau State. To make the recent appointment, the effort of the Governing Council was thwarted by the death of Chief Tony Momoh, who was the Chairman of the Council. A second effort was thwarted when it became known that a non-Plateau indigene was going to be appointed. A staff of the university who spoke under condition of anonymity said a second effort was to produce a Plateau State indigene but was thwarted by authorities in Abuja. Eventually, Professor Tanko Ishaya, a Catholic from Zuru, Kebbi State was appointed. The initial reaction to his appointment was caustic because he was thought to be a Muslim and not an indigene of Plateau State. Calm returned to the University only when it was made known that Tanko Ishaya is a Christian. Plateau state is predominantly Christian.

If the universities that are supposed to be the bastion of enlightenment and centres of excellence, as well as the moulding place for technology meant to liberate Nigeria from the oppression of America and the West have become captive to ‘incompetence’, how then will the country thrive and grow? No wonder we have incompetent presidents, incompetent legislators, incompetent executives at the state levels, incompetent company executives. No wonder our public infrastructures are falling apart, no wonder nothing works in Nigeria.

Tunde Akande is both a Pastor and journalist. He earned a Master’s degree in Mass Communication from the University of Lagos.